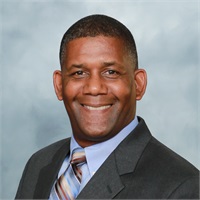 Cean Tukes was born and raised in Detroit, MI and enlisted in the USMC as an Infantryman in December of 1987. After completing Boot Camp and Infantry Training School, he was assigned to Rifle Company G, 2nd Bn, 3rd Marine Regiment (REIN) Kaneohe Bay, HI. During his time there, he went on three WESTPAC deployments including Operation Desert Storm where he fought in the Battle of Ras Al Khafji. Upon his completion of his initial enlistment Cean Tukes went on to reenlist two more times in the Marine Corps where he was meritoriously promoted to the rank of Sergeant and cap-stoned his career as a Drill Instructor at MCRD San Diego, CA serving for a total of 12.5 years of active honorable service in the USMC.

After a brief stint in civilian life, Cean Tukes continued his military service in the United States Army as an Infantry Scout, Senior Drill Sergeant where he trained Officer Candidates and later as a Master Badge Recruiter where he last served as a Brigade Master Trainer in 2nd Recruiting BDE in Red Stone Arsenal where he retired with 25 years of Active Federal Service. Upon retirement, Cean went into a life of continued service as a financial services professional with New York Life Insurance Company in 2017. In 2018 Cean was named the New Organization Agent of the Year for New York Life in the state of HI and the # 22 African American Agent in the nation for New York Life.

Cean Tukes is a graduate of Grand Canyon University where he was educated in Business Management. He is a member of Toast Masters Honolulu. The Montford Point Marine Association, the Buffalo Soldier Association, the VFW and the DAV. Some of Cean’s awards include but are not limited to are the: Meritorious Service Medal, Army Commendation Medal (x4), Army Achievement Medal (x4), Navy-Marine Corps Achievement Medal (for Heroic Action), Navy-Marine Corps Combat Action Ribbon and many more. Cean Tukes is married to the love of his life Huei (Faye) Tukes for the past 29 years and they have two beautiful children who are also part of the Navy-Marine Combat Team. They are Jessica C. Tukes who was recently Meritoriously Advanced to MC2 where she is proudly serving aboard the USS NIMITZ and Cean Jr. who is currently serving as a SGT as an AMPHIBIOUS RECONNASIANCE Marine with the 26th MEU/USS BATAAN ARG. Cean Tukes also serves as a Men’s group leader at his church Pacific Revival Center.